Babcock, Bryan C., Sacred Time in West Semitic Festival Calendars and the Dating of Leviticus 23: Journal for the Evangelical Study of the Old Testament 2, 2013, 1–23.

Kilchör, Benjamin, Passah und Mazzot – Ein Überblick über die Forschung seit dem 19. Jahrhundert: Biblica 94, 2013, 340–367.   Show MorePublished abstract: With the beginning of the historical-critical study of the Old Testament, the biblical picture of the origin and development of Passover and Mazzot was not taken for granted anymore. Since there are a lot of texts concerning this topic, however, the options to explain the history of Passover and Mazzot are legion. Starting with George and Wellhausen, this article attempts to outline the history of research on Passover and Mazzot up to now. Some thoughts on the current state of research complete the paper.

Körting, Corinna, „Seid fröhlich vor dem Herrn, eurem Gott“. Ein Beitrag zu Geschichte und Bedeutung des Festkalenders in Lev 23: BiKi 69, 2014, 96–101.   Show MorePublished abstract: Leviticus 23 is the basis for most of the Jewish holidays celebrated today. The chapter is the longest holiday calendar of the Old Testament. The names and dates for the feasts are basically used until today. On p. 97, C. Körting presents an illustration of the cycle of the Jewish year with months and festival days. She explains all the festivals of Leviticus 23 separately. Purim and Chanukah are mentioned briefly by referring to other biblical passages. Körting concludes that participating in the celebration of the holydays includes the congregation into the life-giving order of creation: The festivals are designed as the affirmation of the community between humans (Israel) and God.

Langgut, D.; Gadot, Y.; Lipschits, Oded, “Fruit of Goodly Trees.” The Beginning of Citron Cultivation in Israel and its Penetration into Jewish Tradition and Culture: Beit Mikra 59, 2014, 38–55.   Show MoreAbstract from OTA 38, 2015, 671, #2217: The authors point out that even though the Etrog (citron) is traditionally used on the holiday of Sukkot as one of the four prescribed species, it is not explicitly mentioned in this connection in the Bible. Rather, the intended species is referred to, indistinctly, as the “fruit of goodly trees” (Lev 23:40). The authors argue that the Etrog is not mentioned because it reached the region in the 5th-4th centuries under the Persians.—D.E.G.

Maris, Bradford, A Proposed Solution to „The Most Long-Lasting Schism in the History of the Jewish People“. A Fresh Look at השבת in Leviticus 23:11, in: Andrews University Seminary Studies 56, 2018, 47–62.   Show MoreAbstract from OTA: The term „S/sabbath“ in Lev 23:11 provides the temporal orientation within vv. 9-22 for both the sheaf elevation ritual of vv. 10-14 on the following day, and the new grain offering ritual (the Festival of Weeks), seven weeks thereafter. However, the identity of the S/sabbath spoken of in the above verse is contextually indeterminable in chap. 23 itself, and has been disputed throughout the centuries. The various theories, all of which are based on the notion of a cessation of human labor, argue for either a weekly Sabbath linked to the Festival of Weeks, or rather for one of the two festival days on which occupational work is prohibited, or a „Sabbath week.“ Yet, none of these approaches is able to establish its claim regarding the specified S/sabbath over against the other theories. The only antecedent with requisite specificity for the term S/sabbath in 23:11 is to be found in Exod 12:15, where the hiphil of the verb šbt is used to mandate the „cessation of leaven,“ specifically on the first day of the festival beginning on the 15th of the month Abib. This proposal, vis-a-vis either the weekly Sabbath theory or the Sabbath-week theory, is corroborated by the essential use of the adjective těmīmot („complete“), which modifies the expression sebaꜤ šabbātôt („seven Sabbaths“) in Lev 23:15, which in the weekly Sabbath-based theories appears simply superfluous. [Adapted from published abstract-C.T.B.]

Moskovitz, Gabriel, The Genesis of the etrog (Citron) as Part of the Four Species: Jewish Bible Quarterly 43, 2015, 109–115.   Show MoreAbstract from OTA 38, 2015, 671, #2218: Jews the world over celebrate the festival of Sukkot, in September or early October. One of the unique rituals of this holiday is taking the ʾarbaʿ mînîm (four species), which are defined as the lûlāv (palm branch), ʾetrôg (citron fruit), hădassîm (myrtle branches), and ʿarāvôt (willow branches), reciting a blessing over them, and then waving them in six directions. However, Lev 23:40 does not specifically identify the citron fruit (Citrus Medica), as one of the four species used in the ritual. The Bible calls instead for pĕrî ʿēṣ hādār (“the fruit of goodly trees”). When referring to the Feast of Tabernacles, the Bible enjoins: “Ye shall take you on the first day the fruit of goodly trees, branches of palm-trees, and boughs of thick trees, and willows of the brook, and ye shall rejoice before the Lord your God seven days” (Lev 23:40). Nehemiah 8 uses similar wording to describe a ritual event that occurred during the Second Temple period. Sometime during the period beginning with Ezra, Israel made a transition from the Prophet/Temple Priest arbiter of Jewish law to a proto-rabbinic exegetical model. This new era had a formative role in creating the vast body of rabbinical definition, exposition, and innovation vis-à-vis Torah. It gave birth inter alia to the novel idea and tradition of identifying the newly discovered ʾetrōg (citron from India), with its unique aroma and beauty, as one of the “goodly fruit/trees” referred to in Leviticus 23.—F.W.G.

Moster, David Z., Etrog. How a Chinese Fruit Became a Jewish Symbol, Cham, CH 2018.  Show MorePublished abstract: Every year before the holiday of Sukkot, Jews all around the world purchase an etrog―a lemon-like fruit―to participate in the holiday ritual. In this book, David Z. Moster tracks the etrog from its evolutionary home in Yunnan, China, to the lands of India, Iran, and finally Israel, where it became integral to the Jewish celebration of Sukkot during the Second Temple period. Moster explains what Sukkot was like before and after the arrival of the etrog, and why the etrog’s identification as the “choice tree fruit” of Leviticus 23:40 was by no means predetermined. He also demonstrates that once the fruit became associated with the holiday of Sukkot, it began to appear everywhere in Jewish art during the Roman and Byzantine periods, and eventually became a symbol for all the fruits of the land, and perhaps even the Jewish people as a whole. 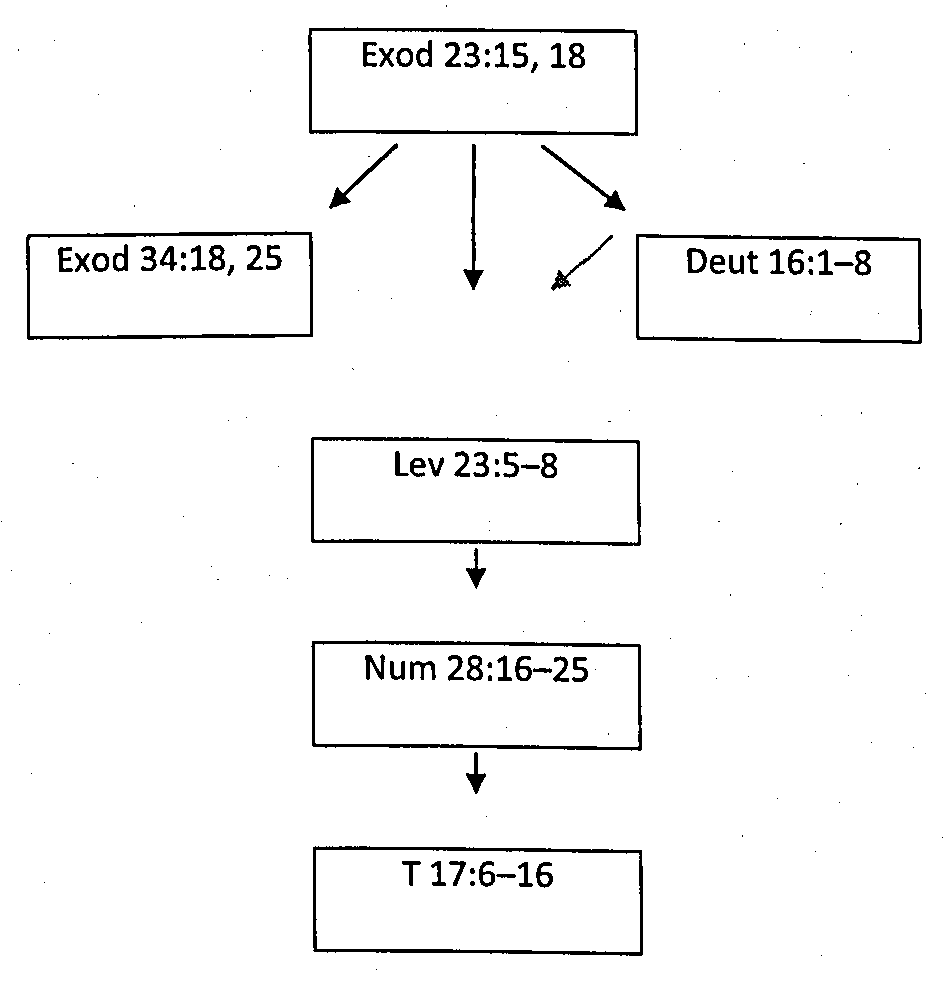 Tammuz, Oded, The Sabbath as the Seventh Day of the Week and a Day of Rest. Since When?, in: ZAW 131, 2019, 287–294.    Show MorePublished abstract: The objective of this note is to reevaluate the terminus post quem for the concept of Sabbath as the last day of the week and the day of rest. Until now scholars based their evaluation of the problem on biblical material exclusively. In this note I use extrabiblical material that was not used previously and that allows for a new evaluation of the problem.